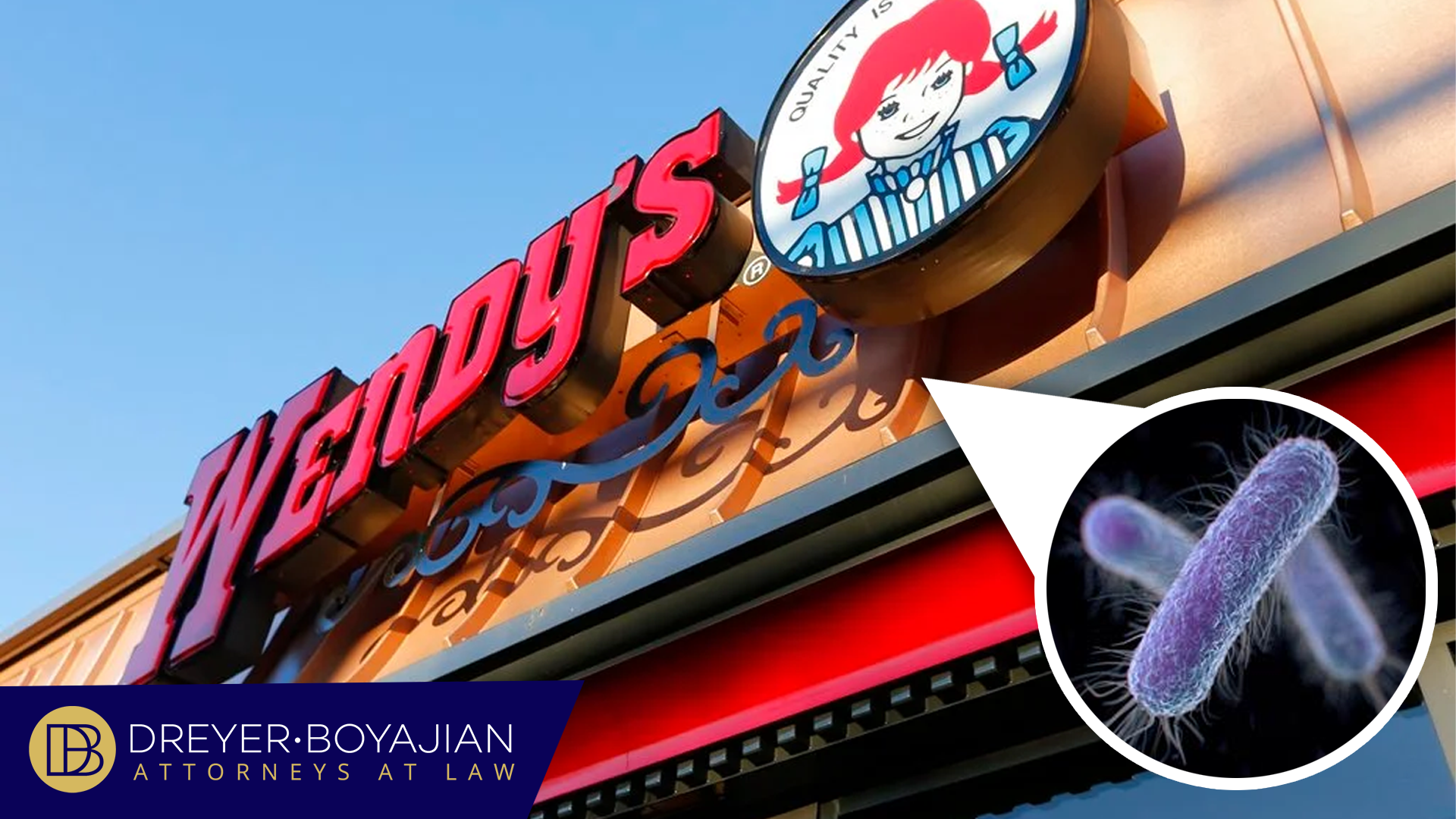 CDC: E. coli sickens 97 people in 6 states; most ate lettuce at a Wendy’s.

It has been discovered that an E. coli outbreak possibly linked to romaine lettuce at Wendy’s restaurants has spread to six states and affected nearly 100 people.

The CDC reported on Thursday that 97 illnesses and 43 hospitalizations have been reported in six states: Michigan, Indiana, Ohio, Kentucky, Pennsylvania, and New York. Michigan and Ohio have the most reported illnesses.

There is no indication as to what caused the outbreak, but many sick people reported eating sandwiches with romaine lettuce at Wendy’s restaurants in Indiana, Michigan, Ohio, and Pennsylvania.

CDC is not advising people to avoid eating at Wendy’s restaurants or to stop eating romaine lettuce.

Call your healthcare provider right away if you have any of these severe E. coli symptoms:

If you have E. coli symptoms, help public health officials solve this outbreak:

Dreyer Boyajian LLP has a track record of helping victims of food poisoning and waterborne illness. Uncovering safety problems and holding food and water service providers responsible requires the skill and personal attention of an Upstate litigation attorney with knowledge of the different disease-causing pathogens; experience working with experts in the fields of infectious diseases, epidemiology, microbiology, biochemistry and immunology; and awareness of applicable industry standards of care and governmental health regulations.

Our attorneys handle claims on behalf of individuals as well as outbreaks affecting thousands of victims.

The attorneys at Dreyer Boyajian LLP have experience handling some of the nation’s largest food and waterborne illness outbreaks: