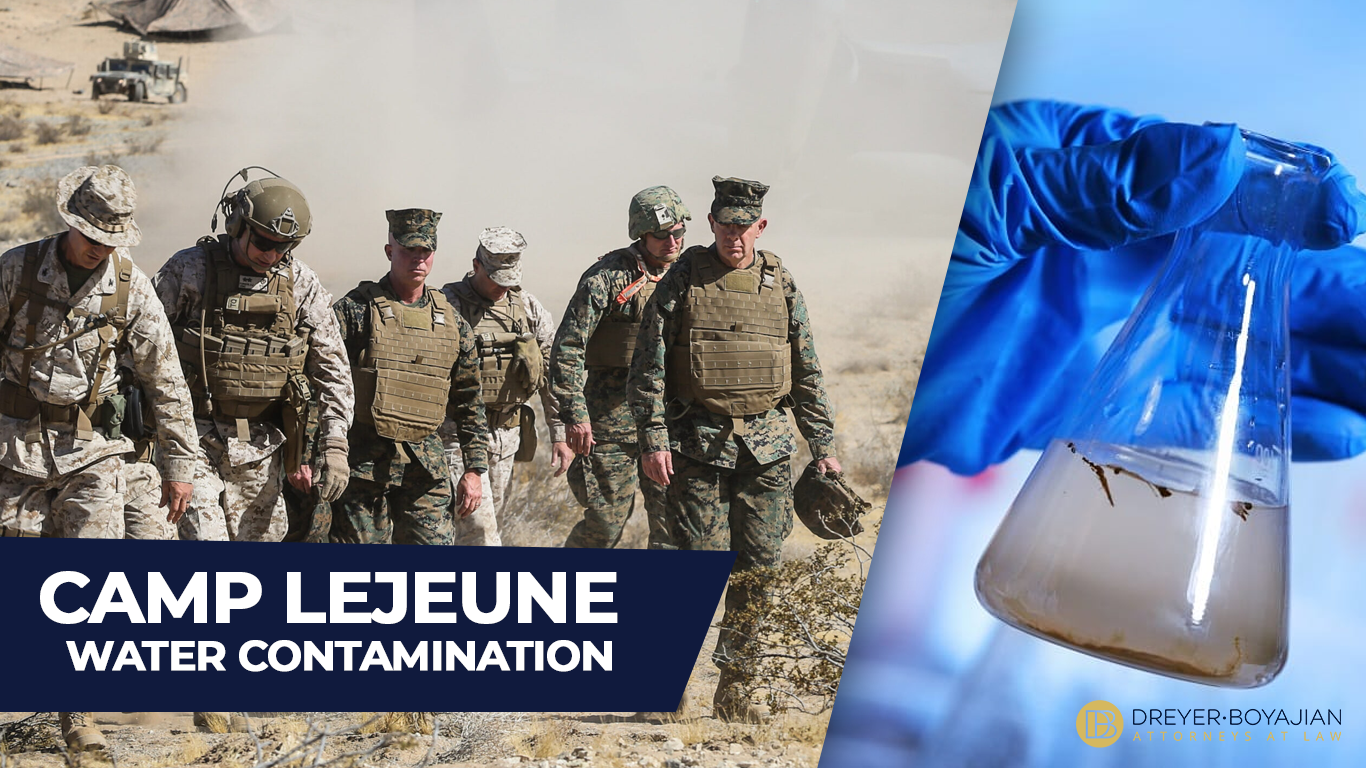 On August 10, 2022, as a culmination of a 25-year fight for justice, President Biden signed into law the Honoring our PACT Act, which includes the Camp Lejeune Justice Act. In addition to helping all veterans who were exposed to toxic chemicals during military service, the new law marks a breakthrough in achieving justice for veterans, families, non-military staff, and others who were exposed to contaminated drinking water at Marine Corps Base Camp Lejeune, North Carolina between 1953 and 1987, and who can now file a legal tort claim against the United States Government.

GET YOUR FREE CASE EVALUATION NOW

How will Veterans will benefit from the Honoring Our PACT Act?

In multiple military operations and various military bases across the world, service members have been exposed to toxic chemicals in burn pits, drinking water, airborne gasses, and by other hazardous means. In June 2021, Representative Mark Takano (D-CA) introduced the Honoring Our PACT Act, guided by input from toxic-exposed veterans, lawmakers on both sides, and the Department of Veterans Affairs.

The passage of the Honoring Our PACT Act (H.R. 3967) will now provide medical care, mental health services, and counseling to veterans who:

The Act represents an acknowledgment and massive improvement in government action to benefit veterans who were exposed to toxic chemicals during their service.

The Honoring Our PACT Act will finally afford veterans the help they need and deserve.

What is the Camp Lejeune Justice Act?

Included within the Honoring Our PACT Act is the Camp Lejeune Justice Act.

This bill allows anyone who used or was exposed (including in utero exposure) to contaminated water at the North Carolina Marine Corps Base to file a lawsuit to recover damages for actual harm or the increased risk of harm caused by, associated with, or linked to the water exposure.

The bill provides that people who were at Camp Lejeune for 30 days or more between August 1, 1953, and December 31, 1987, are eligible to file a claim for money damages. Veterans, family members, non-military workers (civilian contractors), and others who were exposed between these dates may qualify to file a claim.

Evidence suggests a causal link between extended exposure to PCE or TCE from well water at Camp Lejenue and certain serious and often fatal diseases, including:

Who Qualifies to File a Camp Lejeune Water Contamination Lawsuit?

Anyone who lived or worked at Camp Lejeune for at least 30 cumulative days between August 1953 and December 1987, and who developed one of the illnesses listed above may qualify to file a lawsuit.

This includes veterans, reservists, guardsmen, civilian workers and family members. People who were in utero during the time period may also qualify. If you developed any other serious illness not listed above, you can still contact our attorneys to see if you qualify.

If you or a loved one were exposed to contaminated water at Camp Lejeune between 1953 to 1987, don’t delay. Time will run out to join the Camp Lejeune lawsuit!

The attorneys at Dreyer Boyajian LLP are experienced in handling toxic tort and water contamination cases: